The Montessori School of Duluth started as the Montessori Elementary School — the first private, independent, nondenominational elementary school in the history of Duluth. 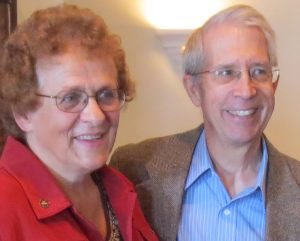 The school was founded in 1981 by Anne and Al Nephew to serve fifteen students graduating from a Montessori Children’s House. The elementary classroom, originally located on Park Point, was taught by Anne who earned her teaching license from St. Scholastica College, and her MA from the University of Minnesota. Anne earned her AMI elementary diploma in Dublin, Ireland, where she lived for a year with her young family, an experience that her grown children still remember well. She served as both Principal and Head of Teachers.

Her husband, Dr. Al Nephew, served as the school’s Business Manager. He was also a perennially popular classroom figure at the College of St. Scholastica, as a philosophy professor there from 1970 until his retirement in 2013. He was named Professor Emeritus and one of the college’s 100 Century of Saints honorees.

The school was incorporated as the Montessori School of Duluth, Inc., a not-for-profit tax exempt corporation, in 1982. In 1983 it added the preschool Montessori program and moved to the Cathedral (now Marshall) High School campus.

The Move to Hunter’s Park

In 1991, after renting at Cathedral for eight years, Montessori School of Duluth purchased property in Hunter’s Park, a beautiful, quiet residential neighborhood in eastern Duluth convenient to the colleges and downtown. In 2009 and 2011, enlargement and remodeling projects were completed in the Early and Late Care area and the Elementary areas, creating an exceptional planned environment for the school’s students, and generous space for the school’s growing enrollment.

2014 was a year of internal change at Montessori School of Duluth. After more than 30 years building the school, founders Anne and Al Nephew retired from their official positions at MSD. The school appreciates Anne and Al’s dedication and lifetime of exceptional service to the children of Duluth. All their hard work has made MSD the vibrant school it is today.

Moving Into the Future 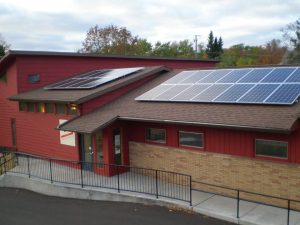 In 2015, the school’s greenspaces were completely redesigned with the help of a generous Enbridge Ecofootprint Grant. Rainwater gardens and a new parking lot were installed with an added contribution from the South St. Louis Soil & Water Conservation District.

The outdoor educational and play areas were then finished with new play equipment donated by Drs. Arnoldo and Neva Hax, and the Vista Fleet donated our raised garden beds and wooden fence. Finally, a contribution from Minnesota Power allowed us to install solar panels on the roof.

With updates both inside and out, MSD looks forward to the future ahead!

MSD in the Media